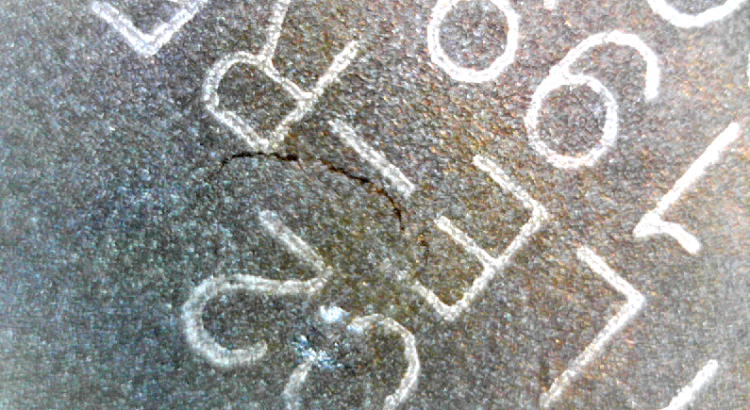 An Amiga 1200 came in for repair, doesn’t boot and the Floppy drive LED is always on.

After some inspections I found the problem, there is a crack in the Gayle chip. 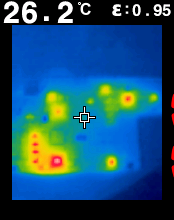 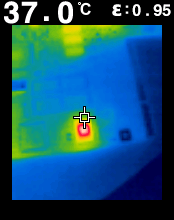 Flir images of the board to see if more chips are getting hot.. no abnormalities.. 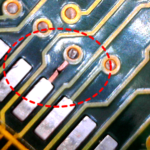 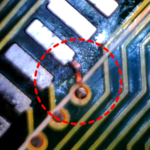 Removed gayle, under the chip 3 of the four ground traces are burned away.

Fixed the traces under the Gayle, placed a socket for the gayle Ghip and placed a replacement Gayle.

But still no boot.. No clocks, no CPU & data activity at all..

I asked the owner what has happened with the board.. He told me he made a short in the machine.. so imho this board is for the scrap heap..