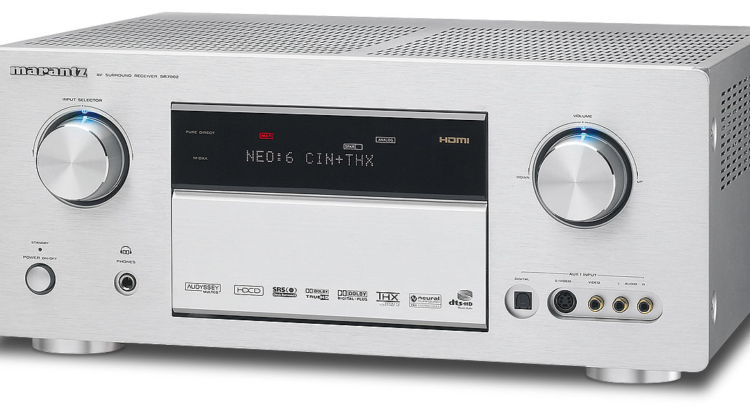 I fixed a Marantz SR-7002 from a friend of mine. The device had a blinking Standby LED at a interval of 500ms (p14 Service manual).

The relays where not switching to turn on the amplifier power, so the first thought was that there was a problem with the standby PCB. Tested serveral voltages and lines, everything looked good on the standby board. To switch the relays I manually trigger the transistor that was responsible to switch the relays… Tried to reset the device with “Pure Direct, 7.1CH Input, CLEARV” no luck.. so.. hmmm.. I left the machine for a day because I was turning in circles and lost overview.

At the moment I wanted to start with the repair again I thought could it be that the device is in standby mode?! hmm.. took the remote control and pressed the ON button, and suddenly click / clack.. got a display for 1 second. Tried the reset option again (Pure Direct, 7.1CH Input, CLEARV) but no luck. But the LED is blinking at a new interval of 125ms. according the service manual (P14) a 125ms interval is indicating that the +/-15V supply or power amp power supply is detecting a abnormality. According to the service manual the Power_Line_Failure (P17) is low when there is problem with the +/- 15V line.

Each time I perform a reset the device is on for about 3 seconds, so there is enough time to measure the +15V & -15V line. Measurement result +15V line is 0 volt. So 7815 voltage regulator (IC93) is broken or the fusible flameproof resistor, first we check the resistor (R903). 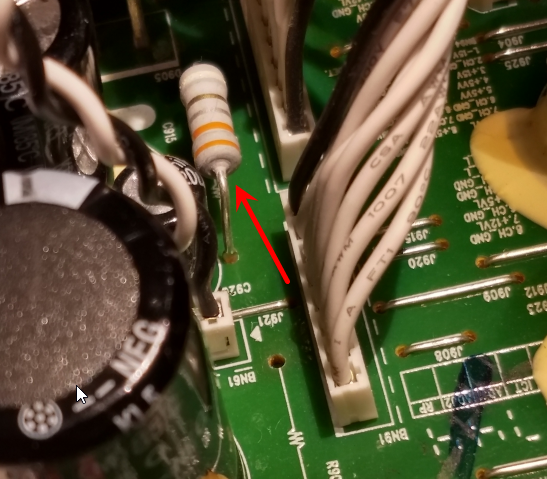 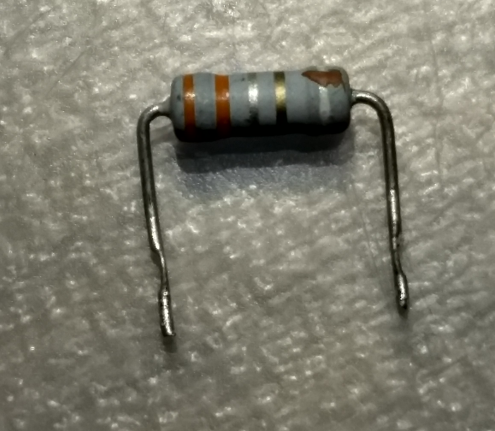 Removed R903 from the board and measured it, and it’s broken..

To test the device I placed 2 x 1Ohm in parallel at the R903 location, and turned on the device. And yes! it works. So the 7815 voltage regulator is good and the resistor is the problem. I had no 0,33R or 0,47R resistor in storage, so had to get them from a local dealer. 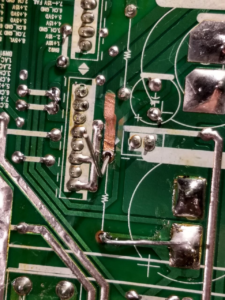 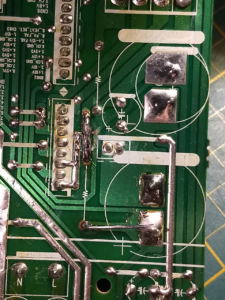 Replaced it with 0,33R / 2W resistor, because behind the resitors are two big capicitor of 6800uF which drain a lot of power at the moment the device is turned on. The pads of the R903 where looses so I made a bridge with the legs of the new resistor. 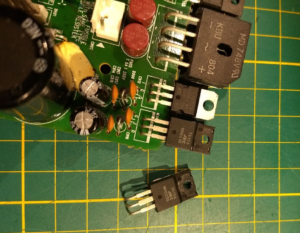 I also replace the 7815 voltage regulator. 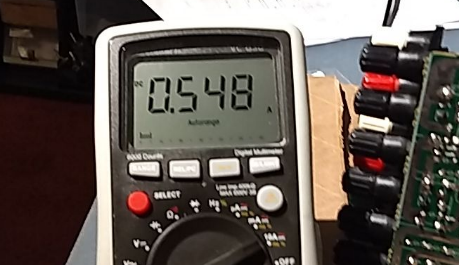 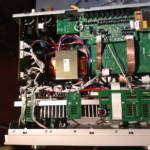 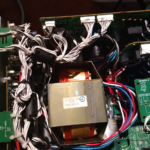 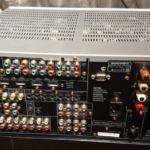