A4000 Rev B stuck at early boot (grey screen) - I am TSB Skip to main content
bytbtorro
You are here:

Newly built A4000 motherboard. Tested all resets, supply voltages, and there was video out. DiagROMs would also not initialize, indicating very early fault during boot (during reset routine). _OVL signal on CIA B (U350) would go to high at hw. reset, but would not return to low indicating the CPU didn’t write back to CIA registers to continue the boot process after chip RAM was tested. 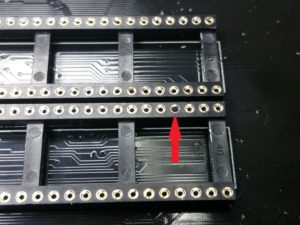