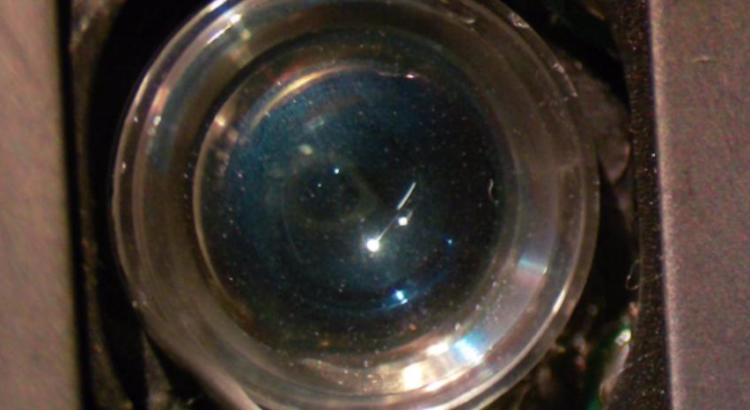 Got a CD32 for repair. No boot, just grey screen. 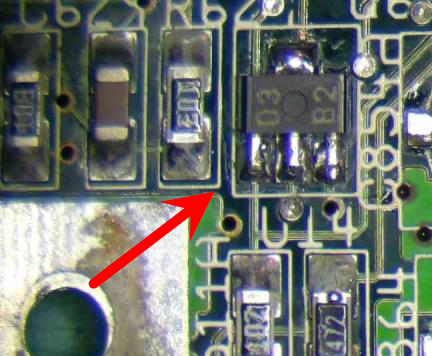 Most common problem with non booting CD32’s is U14, the voltage detector. I replaced U14 with one from a scrapboard, after that turned on the machine. And now.. We have visuals.. So machine can be refurbished.

Read more about the voltage detector..

One thing I noticed when the machine was powered on, was a chemical reaction on the board.

In the beginning of the video the power is turned off, then turned on, and turned off at the end.

So what you see is how the leaked electrolyte into vias can damage the whole via just by it chemical reaction caused by current/heat. So this is why recapping AND CLEANING is not just for fun, it’s neccesary to keep you machine alive.

Some close-up pictures of decay

As you can see the board suffered a lot of leakage damage, so.. This needs some good cleaning..

Cleaned everything by removing old solder and leakage. To remove the old solder I use de-soldering wick, to clean-up the leaked electrolyte and flux I use PCC & IPA. The extra removed components beside the electrolyte capacitors are removed because they were corroded because of the leaking electrolyte.

And ofcourse I removed all the electrolyte capacitors from the board..

Replaced the capacitors and some other parts:

Some spots on the CD32 board have been painted with nail polish. 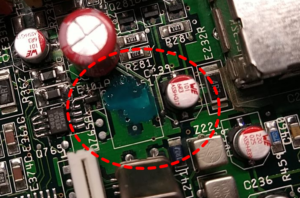 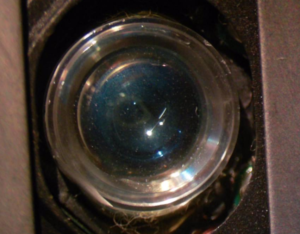 Before and after cleaning.